I will sue you over sexual harassment allegations, Akpabio threatens Nunieh

Akpabio says he has never made any form of sexual advances towards Nunieh. 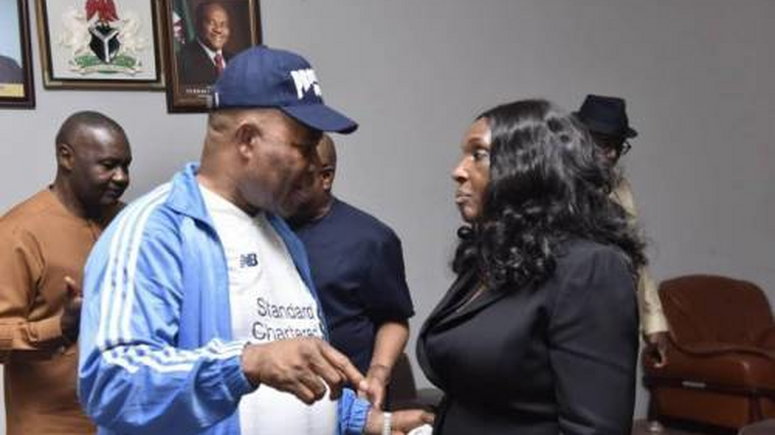 Minister of Niger Delta Affairs, Godswill Akpabio, has denied sexual harassment allegations levelled against him by Joy Nunieh, who is the former acting Managing Director of the Niger Delta Development Commission (NDDC).

In a statement titled: “Akpabio to sue Joy Nunieh for defamation, denies ‘false allegations’,” and signed by Anietie Ekong, his special assistant on Friday, July 17, 2020, the minister said he has instructed his lawyers to sue Nunieh.

Describing the allegations as tissues of lies, Ekong said the former governor of Akwa Ibom State did not at any time make sexual advances towards Nunieh. 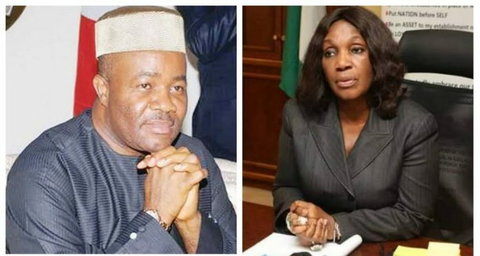 The statement reads in part; “The Honourable Minister’s initial attitude was to allow his lawyers and the judicial system vindicate him of the false allegations against him, but he is compelled to react to some of the wayward allegations levied against his person by Ms. Nunieh, especially the one bothering on sexual harassment.

“To start with, let it be known that there is no scintilla of truth in all the allegations peddled around by Ms. Nunieh. They are simply false.

“For the records, the Honourable Minister, Senator Godswill Akpabio, CON is happily married and contented with his wife. Together they are blessed with children, four (4) of whom are young women.

“The Honourable Minister is an avid believer of the Affirmative Action and that was visible in the appointments he made as a two (2) term Executive Governor of Akwa Ibom State between 2007 and 2015.

Apart from the sexual harassment allegations, the former NDDC acting Managing Director also accused Akpabio of several other allegations as the conflict between the two worsens.

Nunieh had earlier accused Akpabio of bombing pipelines in the oil-rich Niger Delta region. She also said the minister attempted to force her to convert the dollars in the NDDC account.