The All Progressives Congress (APC) has spoken on the allegations of bribe-taking levelled against Kano Governor, Umar Ganduje. The party said since Ganduje had gone to court, it could not take a position on the matter.

“The matter is in court, the governor has taken the medium to court,” party spokesperson, Lanre Issa-Onilu told reporters.  +“We cannot comment on a matter that is already before a law court.” The governor of Kano state, Abdullahi Ganduje could face impeachment if found guilty on the bribery allegations

The Kano State House of Assembly on Monday constituted a seven-man committee to investigate the authenticity of the video recording of alleged bribing taking by Gov. Abdullahi Ganduje. The video of Ganduje allegedly receiving bribe from a contractor was published by an online Newspaper.

The Office of the Attorney General and Commissioner for Justice is challenging the implausible and eccentric posting of the cloned video that went viral in a court of law considering the gravity of the caricature, which indicates the extent to which mischievous elements can go to discredit public figures by wielding non-existent scandals against them.

“A mere observation of the cloned video clearly shows that the video is doctored and disjointed with no material facts or evidence to prove the allegations, other than a callous attempt to tarnish the hard earned image of the office and the person of the Governor”.

Madari pointed out that the House has the mandate to investigate any matter in order to ensure peace and harmony in the state. Speaking during the plenary, the Majority Leader, Alhaji Baffa Babba Danagundi advised the executive arm of government to halt from filing in a case before a court of law on the alleged video clip. 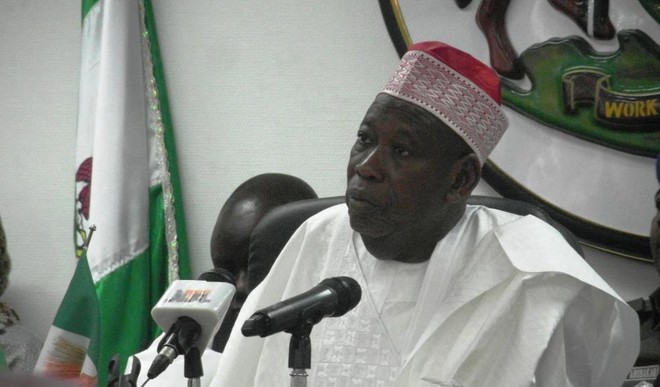 According to him, the state Assembly has the constitutional mandate to investigate issues like this. The matter which gained the support of the legislatures was deliberated on the floor of the house, presided over by speaker Kabiru Rurum. Speaking while ruling on the deliberation, Rurum urge the committee to investigate the matter and submit its reports within one month.

The committee which is headed by Danagundi has Labaran Madari, the Chief Whip, Zubairu Massu as members. Others members of the committee are Garba Ya’u Gwarmai, Abdulaziz Garba Gafasa and Abubakar Uba Galadima, while Mujitaba Aminu would serve as the committee secretary.

Meanwhile, the Kano House of Assembly has opened probe of videos showing Ganduje, collecting stacks of dollars in bribe. Raising a matter of urgent public importance on Monday, a member representing Warawa Constituency, Labaran Madari, said the assembly should investigate the authenticity of the video and take measures.

Madari said the videos had brought the institution of governance in the state to disrepute, and therefore the need for the legislators to take urgent action. The matter was seconded by Baffa Dan’Agundi, a member representing Kano Municipal.

Responding, the speaker, Alhassan Rurum, constituted a seven-man committee to investigate the matter and report back to the assembly.Members of the committee include Baffa Dan’Agundi (Kano Municipal) as chairman; Labaran Madari (Warawa) member; Garba Gafasa (Ajingi), member; and Zubairu Masu, (Sumaila) member.