The Lagos state All Progressive Congress governorship candidate ahead of the 2019 general election, Jide Sanwo-Olu, has revealed to Lagosian how he will govern them if he emerge victorious. 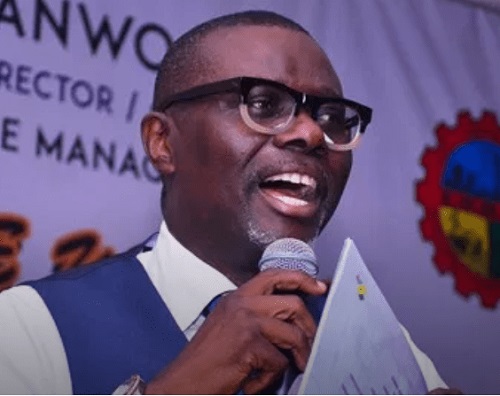 The governorship candidate of the All Progressives Congress (APC) in Lagos, Babajide Sanwo-Olu, on Saturday said he would run a government based on the wishes of the people if elected.

He made the pledge at Ikeja while speaking during a ‘Thank You’ visit to party members in the Lagos West senatorial zone.

The APC candidate said his policies and programmes would be based on the yearnings and aspirations of the people.

He added that he would always keep a listening ear in serving the state.

Mr Sanwo-Olu, who spoke in Yoruba, said he was seeking the number one seat in the state out of the passion to serve the people and take the state to greater heights.

”I am in the governorship race because I want to serve the people. I promise, when we are elected by the Grace of God, I shall run a government based on the aspirations of the people.

”I will be a listening governor. I will attend to the needs of the people. I am here to serve and I will do my best to take the state to greater heights,” he said.

While appreciating party members for electing him as candidate in the just concluded primaries, Mr Sanwo-Olu said he believed his choice was out of the confidence they had in him to address issues needing attention.

The candidate, however, urged members to brace up for the challenges ahead by mobilising members and residents to secure victory in 2019.

Mr Sanwo-Olu urged members to put the primaries behind them and work together to ensure that APC was victorious in 2019.

“I thank you for supporting me to get this far. I am very grateful and I will not disappoint you. But the task ahead is bigger; it is no more a party affair, but we are going to the general election.

“So, I want to appeal to you that we start our preparations right from now. We should reach out to everyone and carry out this project together.

“We should put the issues of primaries behind us and stay together. I know some people might feel bad that they could not realise one aspiration or the other, it is natural.

“But we need to put all of that behind us and bring everyone on the train to ensure victory in 2019.”

Mr Sanwo-Olu said APC had earned the confidence of residents through the delivery of democratic dividends.

Rabiu Oluwa, Lagos West Senatorial Leader of the party, described Mr Sanwo-Olu as a man with the passion and the vision to move Lagos forward.

He said party members had confidence in him, hence his emergence as the governorship candidate.

Mr Oluwa urged party members to continue to support the candidate to ensure victory in 2019.

Mrs Nelson appealed to party members not to underrate the opposition, but that they should see the Sanwo-Olu project as one in which they had to give their best.

“We should not underrate the opposition at all; we should not pretend they are not there. We should work, work and work hard and do our best to ensure victory for our candidate and our party,” she said.

Mrs Nelson said she would mobilise women to ensure the candidate wins overwhelmingly.

The News Agency of Nigeria (NAN) reports that Obafemi Hamzat, a former Commissioner of Works and Henry Ajomale, the immediate past chairman of the party in the state, were present at the gathering.

A member of the party’s Governor’s Advisory Council (GAC), Abayomi Finnih, was also present among other members.