The senate has reportedly rejected one of President Muhammadu Buhari’s nominees for the post of Commissioners for the National Population Commission. 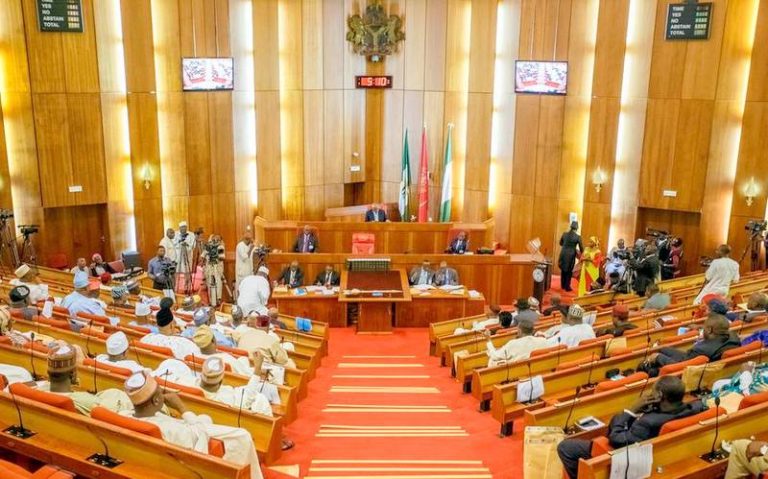 The Senate has rejected the nomination of Dr. Abdul Malik Mohammed Durnnguwa as one of the Commissioners for the National Population Commission (NPC), SaharaReporters reports.

Durnnguwa is one of 23 nominees appointed as commissioners by the Federal Government into the NPC.

While presenting the report of the Committee on National Identity Card and National Population on the screening of 23 nominees for confirmation of appointment as commissioners at the plenary session held on Thursday, Senator Suleiman Hunkuyi said “Dr. Abdul Malik Mohammed Durnnguwa’s nomination was stood down due to questionable certificates”.

While Senator Ali Ndume noted that “When you have questionable certifications, it is the duty of the Committee to verify”, Senator Sam Egwu said: “These screenings were done for months and now it is not right to give an individual another two weeks. We cannot function that way”.

Senator Gumel Abdullahi stated that his concern was whether the nominee wrote Seniro School Certificate Examination (SSCE) and passed.

Deputy Senate President, Ike Ekweremadu, suggested that the committee be given four weeks to report back.

The confirmation of Dr. Abdulmalik Mohammed Durnnguwa was referred back to the committee for further legislative action.

After the announcement of the confirmation, Ekweremadu thanked the lawmakers for their patience. He also congratulated those nominated and confirmed.

He said: “The issue of population is vital to us as a country and so planning is important. There is a lot of planning involved and we hope these commissioners live up to expectation and provide a credible census. We wish them all the best.”