Governor Ibrahim Hassan Dankwambo has taken a fresh step to keep his political career afloat after his humble performance at the PDP primaries. 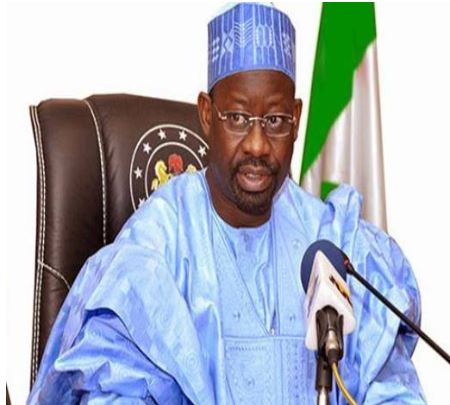 Addressing a rally on Thursday to welcome Dankwambo back to Gombe after the PDP presidential primary election in Port Hacourt, Ribadu said he is stepping down to allow Dankwambo who he said is more qualified to represent Gombe North at the senate.

According to him, Dankwambo deserved to contest for the senate because of his achievements in the last seven years as governor of the state.

Daily Trust had reported that Dankwambo picked Ribadu to contest for the seat, as his next plan in the event he lost the presidential primaries.

The governor scored 111 votes to finish 5th in the primaries held at Port Harcourt.