Sources have revealed the ‘real reason’ why the Lagos state governor, Akinwunmi Ambode, accepted defeat after the APC primaries. 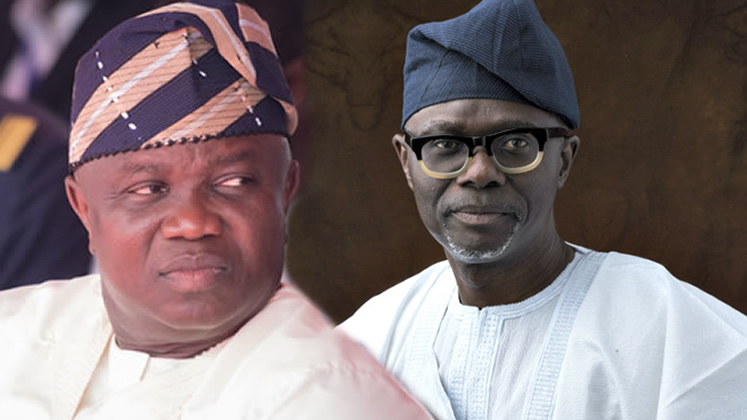 According to a report by Punch Metro, there were indications on Wednesday that the Lagos State Governor, Akinwunmi Ambode, conceded victory to Babajide Sanwo-Olu, his main opponent for the All Progressives Congress governorship ticket in Lagos, to calm frayed nerves and avert impeachment.

There had been expectation that the governor would fight the declaration of Sanwo-Olu as the winner of the state’s Tuesday governorship primary, which was initially cancelled by the APC National Working Committee panel that had promised to announce a new date for the primary.

The panel made a U-turn on Wednesday to declare Sanwo-Olu the winner, sparking speculations that the governor would reject the move.

A few hours after the panel’s new decision, the governor’s media team sent a press statement that the governor would host a “world press briefing” by 2.pm, causing more speculations.

In the briefing, which eventually turned out to be a broadcast by 4pm, Ambode accepted defeat and congratulated Sanwo-Olu.

Punch Metro gathered through sources in both Ambode and Asiwaju Bola Tinubu’s camps that the move was meant to remove the tension, as well as avert the impeachment move being considered by party elders.

One of the sources said before and after the broadcast, Ambode had contacted Tinubu and some party leaders in a bid to assure them of his loyalty to the party, and in order to avert the impeachment option.

“He (Ambode) did not want the matter to get to that level; that is why he accepted the defeat to reduce the tension in the state and stop any panicky action by the party elders. He also wanted them to leave him in peace to complete all his projects,” the source said.

The APC Publicity Secretary in Lagos State, Mr Joe Igbokwe, said he did not know about any peace move by the incumbent governor, as well as any deal.

One of Tinubu’s aides also said it was still early to say.

He said, “Ambode just made his speech, every other thing would flow from the governor’s decision to accept defeat and congratulate Sanwo-Olu.”