Newly appointed Secretary to the Government of Imo State, (SGI) Engr Mark Uchendu has called on the Catholic Church, Owerri dioceses to stop meddling in politics and casting aspersions on politicians.

Uchendu made the call while speaking with newsmen in Owerri, the Imo State capital over a news report credited to him in The Leader, a newspaper owned by the Catholic Church.

The SGI said there was no iota of truth in the report credited to a local tabloid, Trumpeta newspaper, saying The Leader was economical with the truth.

According to him, the reports credited to him are total falsehoods even as he maintained that The Leader was totally wrong to run the report without having proof, thereby denigrating him before people.

He said “There is no single truth that I said I will spill blood to make sure Uche Nwosu becomes Governor. I didn’t say Commissioners should go and spy on Priests and Pastors, its not true. I’m a Knight of St Mulumba, of the fourth order, I cannot be seen as fighting the Church”, the SGI said.

Speaking on the report Uchendu said “I said Commissioners should attend Church in their native local governments, attend burials, child dedications, weddings, house warming parties and use every opportunity to market this government, that way, they help to clear misconceptions about Governor Okorocha and the party as a whole”, he said.

“It does not in any way mean go to the hinterlands and challenge Priests and Pastors. I did not and will not spy or fight the Church, it is not possible and such should not be ascribed to me”, He said.

Speaking on what he described as the attitude of the Church to politicians, the SGI said “this is not the best way to treat a Knight, assuming I fall short of the standards expected of me as a Catholic and a Knight, there are measures to call me to order. This perceived slight only exists in Owerri dioceses. Why does it like to ridicule its own unlike the other denominations”, he queried.

Further, he said “in 2011, the Catholic Church accused Dr Ikedi Ohakim of assaulting a Priest, today it has come out to say it was false. The same Owerri dioceses fought Chief Achike Udenwa, and even Governor Okorocha and it is wrong. Yet during the same period, the then Anglican Bishop of Owerri, Bishop Cyril Okorocha did not denigrate Ohakim. There are five dioceses in Imo, it must not always be Owerri diocese”, the SGI said.

He called on the Churches in the State to pray for leaders always saying, ” Let me beg them before they destroy the Church, especially the Owerri Catholic diocese, to pray for those in authority. This is our Church, nobody can push me out, I will die in the faith. Owerri diocese always scandalize people every time then turn around to make apologies”.

According to him, as a citizen, he has a right to support anybody of his choice for any position and Governor Okorocha’s erstwhile Chief of Staff, Chief Uche Nwosu for Governor saying “Uche will be the first homegrown Governor, unlike the past Governors, he was born here in Imo, grew up here, schooled here, and settled here. He is the best for the job because he is homegrown”. 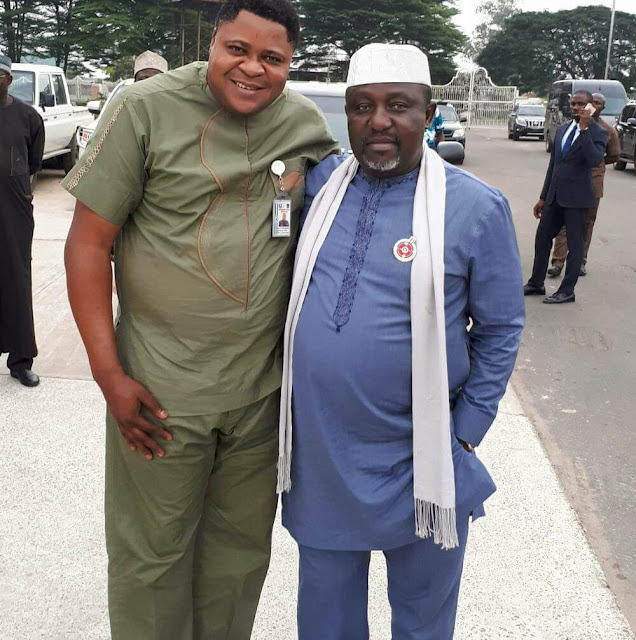