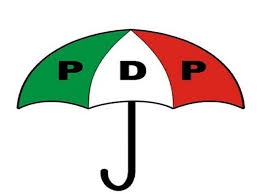 By Emmanuel Aziken, Political Editor & Omeiza Ajayi
At least three high profile presidential aspirants in Peoples Democratic Party, PDP, have used surrogates to purchase Senate and governorship forms as they perfect alternative political survival strategies ahead of the national convention of the party.

The three, including two serving senators and an incumbent governor, it was gathered, picked the forms through surrogates.

The PDP presidential aspirants have consistently played out the option of returning to their current positions in the event of losing out the PDP presidential primaries scheduled for October 6, multiple sources in the party have repeatedly said.

The move by the trio all of whom, remarkably all returned to the PDP from  All Progressives Congress, APC, came as resentment continues to build against some of the aspirants who left the party for the APC in 2014 and contributed to the loss of the party in the 2015 general election.

Reflective of the resentment, Governor Ayodele Fayose of Ekiti State, Vanguard gathered, practically told off one of the presidential aspirants who recently rejoined the party.

“Fayose could barely spend time with him and told him that they abandoned the party at the time of need. I think I told you that this man is a bad man,” the governor was quoted as telling the presidential aspirant who left the PDP in 2014 only to return a few weeks ago.

The presidential aspirant spent barely one hour in the state upon the cold reception from Fayose who could barely hide the strategic role of the PDP returnee in Buhari’s emergence as president in 2015.

The resentment against the PDP returnees, it was learned, was also swelling among some PDP organs, including Board of Trustees, BoT, where influential members were beginning to question the propriety of handing over the party’s most valued asset to those who they claimed abandoned the party only to come back to meet it intact.

PDP presidential aspirants not fully committed to the party—Adejumo

Meanwhile, vice chairman of Lagos State chapter of the party, Alhaji Agbaje Adejumo, has accused many of the presidential aspirants of not being fully committed to the party.

He said all but one of them, Atiku, are eyeing other positions and using the presidency as a bargaining chip.

He said:“We wish to declare that the former Vice President of Nigeria, Atiku Abubakar, is the only candidate that has full and total commitment to the Peoples Democratic Party and the presidential race.

“Upon investigation, it has been discovered that other aspirants may not be fully committed to Peoples Democratic Party and the presidential election.”

Adejumo in a statement, yesterday, in Abuja said: “How do we know? Well, evidence has come to light that others who have declared their intention to contest the office of the President of Nigeria on the platform of PDP have bought and submitted their presidential nomination forms.

“This is a defeatist mentality. They have their Plan B because they are not sure of their Plan A.

“The million Naira question is this: Can the Peoples Democratic Party afford to give its ticket to wavering candidates being that a double-minded man is unstable in all his ways,” he stated.