Disappointed by the silence of his government on the plight of Christian girl, Leah Sharibu still in Boko Haram captivity, a lawmaker in Britain has staged a solo protest. 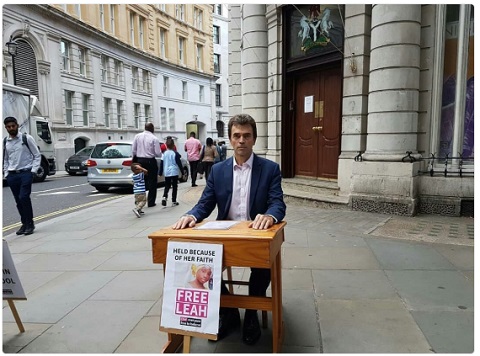 A member of the United Kingdom Parliament, Tom Brake has held a solo protest in front of the Nigerian High Commission in the UK to bring attention to the #FreeLeah campaign. Leah Sharibu is being held in Boko Haram captivity for 199 days today and counting, for refusing to recant her Christian faith.

Brake is calling on the Nigerian government to as a matter of immediacy see to it that Leah is released.

“Outside the Nigerian High Commission launching the #freeleah campaign. Leah, who is still held captive by Boko Haram, because she refused to recant her Christian faith, has been held for 198 days,” he tweeted.

Last week, Leah Sharibu, the only Christian among the abducted 119 students of Government Girls Secondary School, Dapchi, Yobe state, asked President Muhammadu Buhari to save her from captivity.

Leah, who was kidnapped in February, also appealed that her family members be assisted.

All the girls who were captured were subsequently released, except five who reportedly died in detention, but Sharibu was held back for “refusing to renounce her faith”.

The federal government had said it was making efforts to secure her release. 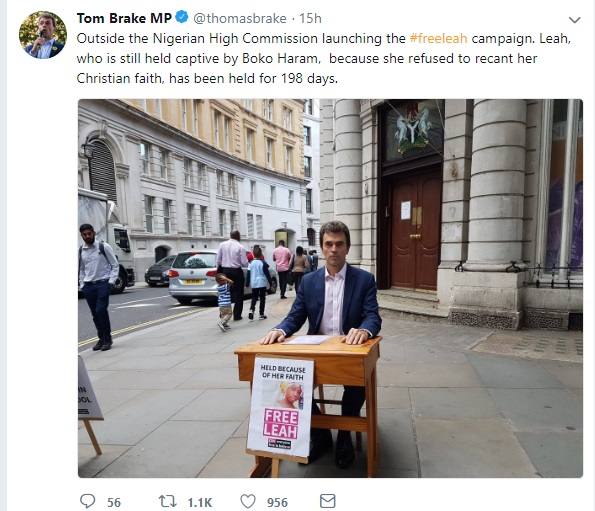