As the dust over the planned impeachment plot of the Senate President, Dr.Bukola Saraki and his deputy, Ike Ekweremadu is yet to settle, Senator Theodore Orji representing Abia Central district, has said that any attempt to unseat the Senate Presiding officers without due process would fail.

The former Governor who spoke with The AUTHORITY in Umuahia said the constitutional requirement for effecting leadership change in the Senate must be met otherwise anything to the contrary would amount to exercise in futility.

The Peoples Democratic Party (PDP) senator said any attempt to subvert the constitution would be vigorously resisted by all lovers of democracy from across party divides.

Orji cautioned those plotting Saraki’s removal not to circumvent the constitution , adding that the Senate President and his teeming supporters have the capacity to counter the antics of his detractors.

“It is only a tree that you will tell that you want to cut it and it will stay in one place until you bring your machete and cut it down. It is not so with human beings. Senate President Saraki is not a tree. He has his own tactics and he can’t just be impeached without due process.

“You think he will just go and fold his hands and sleep and allow APC to impeach him? That is not possible! Impeachment has a process.

“Nobody can impeach Saraki or Ekweremadu without due process. People have to talk and if you don’t have the heart , you start shaking. All the people involved are seasoned politicians .They know what to do. You don’t need to worry. It is politics and battle of survival.” 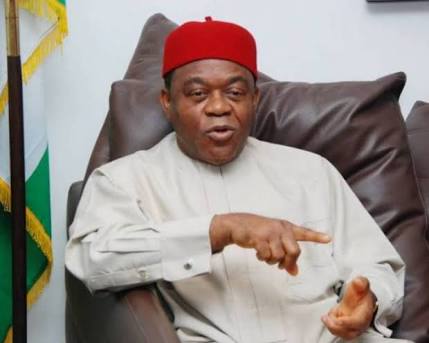