Owerri – Senator Ifeanyi Araraume, one of the governorship contender under the Imo state, All Progressives Congress, APC, Thursday said he has not joined the All Progressives Grand Alliance, APGA, in the state, to actualize his 2019 ambition.

“What you write today may change tomorrow. The Senator has the final say. If such a thing will happen then he will declare it to the world for you to know.”

Recall that Araraume, alongside the Deputy governor to Imo state Governor, Rochas Okorocha, teamed up with other stakeholders to challenge Okorocha’s decision in determining “single handedly” who becomes his successor.

The situation worsened when Okorocha officially declared his full support to his Chief of Staff, Uche Nwosu, who eventually is Okorocha’s son-in-law.

The said disagreement led to so many infighting among stakeholders of APC in Imo.

grabbed the structure of the party, in the state, with Hilary Eke as the state Chairman.

In what seems like a return match, Okorocha retrieved the party’s structure through another primaries said to have been authorized by the National chairman, Adams Oshiomole, who took over from Oyegun. Currently Okorocha is enjoying his inspired state leadership under Mr Dan Nwafor. 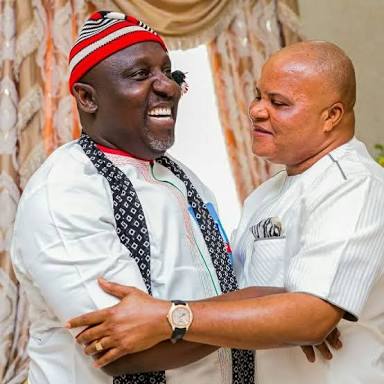