The former Deputy Speaker of the Federal Republic of Nigeria Rt Hon Emeka Ihedioha alongside the serving Federal House of Representatives member representing Owerri Federal Constituency Hon. Ezenwa Onyewuchi have both picked up their nomination forms from the PDP Headquarters in Abuja. While Ihedioha obtained the form to via for the governorship position, Onyewuchi obtained nomination form to via for the Owerri Zone Senate. 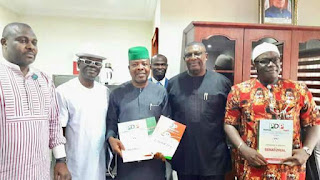 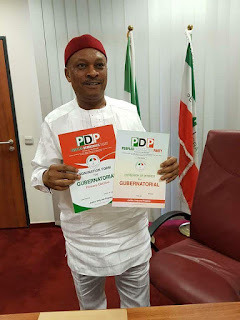 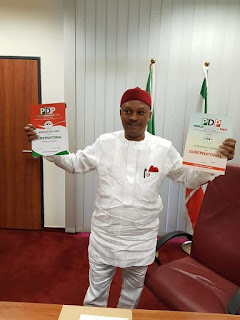 In same vein,  the current Senator representing Owerri Zone in the Red Chambers Sen. Samuel Anyanwu have picked up nomination form to contest for Imo governorship.

By this action, they are now legally allowed to participate in the party’s primary elections from which the party’s flagbearer for the 2019 elections will emerge.