The inter-cult clash amongst Nigerians in South Africa has continued with another man brutally murdered in cold blood. 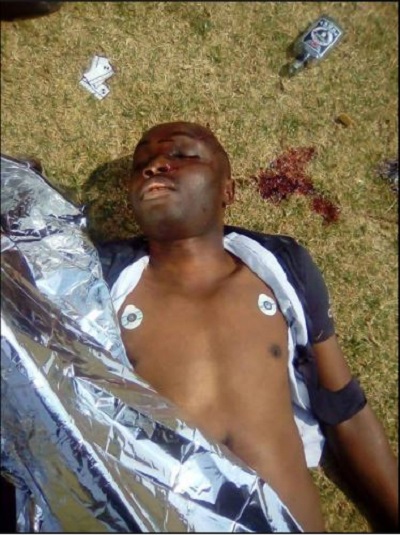 A Nigerian man has been killed again in South Africa.

According to reports, the deceased was said to have been killed by fellow Nigerians following the cult war going on in the country. The deceased was murdered yesterday in Gezina area of Pretoria, South Africa, in related secret cult attacks as report also has it that 2 other Nigerians have also lost their lives in the same war going on.

He was stabbed during an argument that resulted in physical combat.  The sad event took place in Roodenport West Rand on August 17 in the wee hours when an argument ensued between the duo.  This resulted in a fight and the assailant stabbed the deceased to death with several deep cuts.

The Nigerian suspect identified as Mr. Donald Mordi, has been declared wanted by the South African Police for alleged murder.