Some young Nigerians residing in South Africa have been sentenced to life imprisonment and an additional 106 years imprisonment for human trafficking. 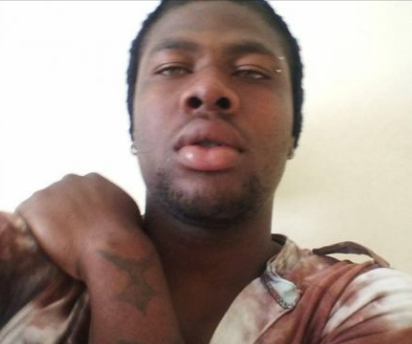 Two Nigerian identified as Frank Amaku (pictured), and Ilo Promise Somadina (25), have been handed three life sentences and an additional 106 years imprisonment for human trafficking by a high court in Gauteng, South Africa.

The suspects were arrested by the Hawks’ Serious Organised Crime investigating unit in April 2016 at a hideous dwelling in Fourways where they reportedly ran a brothel and held victims captive. Five victims were rescued during the operation and taken to a place of safety.

The national head of the Directorate for Priority Crime Investigation, Godfrey Lebeya, applauded the investigation team for working around the clock to ensure that the accused were ultimately convicted and sentenced.

He said: “The sentence couldn’t have come at a better time, taking into consideration that August is celebrated as Women’s Month in South Africa.

“This is a time to once again warn those who abuse women, that they will be brought to book and justice will be served.”

One of their victims, from Upington was given the nom de guerre of Helena Boswell. She was kept at the Fourways home, where she and three other women spent months servicing the pair’s clients until they were rescued.

The Nigerians denied their level of involvement in human trafficking and have stated on multiple occasions they will appeal the conviction.

Their lawyer, Moleko Ratau, asked that the court be lenient with the pair as they were “relatively young” when the crimes took place in 2016.

The court was told that duo kidnapped the women specifically for financial gain, transforming them into sexual objects and dehumanising them, which was evident by Boswell’s testimony that she had been starved and forced to live in terrible conditions.

The Nigerians were also accused of using drugs to push Boswell into an even more vulnerable position, with her addiction used to maintain a psychological hold on her.