Buhari’s adviser on corruption has said the federal government can fund the 2019 general election by invoking the ‘doctrine of necessity’ should the National Assembly fail to pass the budget. 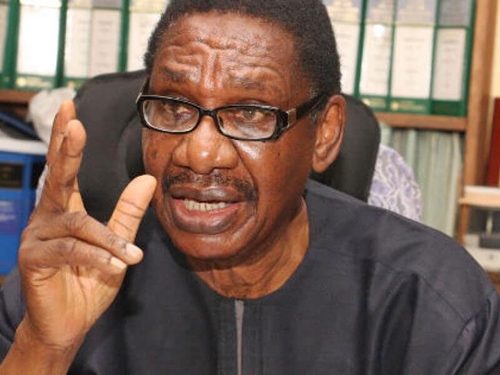 The chairman of Presidential Advisory Committee Against Corruption (PACAC), Professor Itse Sagay, has said that the federal government can invoke the doctrine of necessity to fund the 2019 elections if the national assembly fails to appropriate funds for that purpose.

President Muhammadu Buhari had asked the federal lawmakers to approve N242 billion for the polls shortly before they embarked on their annual recess on July 24.

Although they are expected to reconvene on September 25, the relevant committees have already began work on the president’s request.

In a statement on Wednesday, Sagay said if elections are not held, there will be a collapse of the country’s democracy.

“The failure or refusal by the national assembly to approve funds for the 2019 election will constitute a sabotage of our democracy, of which the constitution is the embodiment,” the statement read.

“If elections are not held, it will mean the collapse of our democracy, leading to chaos and anarchy. The question that arises is simple. Which is more critical to democracy and the survival of Nigeria: Is it (one) the power of the national assembly to approve budgets or (two) the survival of democracy and Nigeria itself?

“If the survival of democracy is more important and fundamental to Nigeria’s existence, then failure to approve the budget for elections will trigger the doctrine of necessity, thus compelling the funding of election without the approval of the national assembly.

“It is simply a question of the survival of democracy and the continued existence of Nigeria. The power of approval of budget is just a single item in the whole of the constitution.