Gunmen who were on the trail of two expatriates working for an oil exploration company operating at a site have killed a soldier, policeman and one civilian, who were hit as the gunmen opened fire. 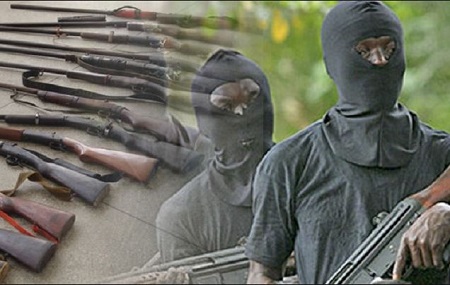 A soldier, a policeman and one civilian have been killed by a group of gunmen who attacked an oil exploration site in Ogbemakoku/Iyak community, Abua-Odual Local Government Area of Rivers State.

Southern City News gathered that the incident happened on Monday when the gunmen, suspected to be kidnappers, shot at a convoy conveying some expatriates to the oil exploration site.

It was gathered that the gunmen were on the trail of two expatriates working for an oil exploration company operating at the site.

A source disclosed that the soldier, policeman and one civilian, who were hit as the gunmen opened fire, lost their lives.

The soldier and the policeman, according to the source, were in the security escort guarding the expatriates while they worked at the oil exploration site.

It was learnt that the driver immediately escaped with the expatriates, whose names could not be ascertained, while some indigenes of the area rushed to the site with the aim of confronting the gunmen

A youth in the area, who spoke on the condition of anonymity, presumably to avoid being traced and attacked by the bandits, told Southern City News that the sound of heavy gunshots at about 12.30pm sent residents, close to the site, scampering to safety.

The youth said, “Around 12.30pm or thereabouts, we began to hear loud gunshots, which, I must confess, sent everyone running for safety.

“But when the shooting stopped, we tried to investigate in panic and noticed that some hoodlums had attacked workers of Sterling Oil Exploration Company, killing a soldier, a policeman and one other person. The gunmen did not succeed in kidnapping the whitemen though.”

The state Police Public Relations Officer, Mr Nnamdi Omoni, confirmed the incident, saying investigation had since begun with a view to apprehending the attackers and bringing them to justice.