NBS Denies Reports That Nigeria's Economy Is In Recession

Reports alleging that Nigeria’s economy is yet to recover from recession have been denied by the National Bureau of Statistics. 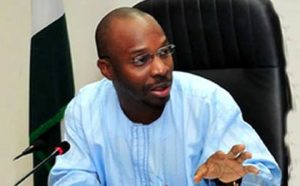 Statistician General and Chief Executive Officer of National Bureau of Statistics (NBS), Dr. Yemi Kale, has denied reports quoting that Nigeria economy had yet to recover from recession.

Kale categorically said that Nigeria was out of recession and that at no time did he suggest otherwise.

His denial was contained in a statement released on Monday by the Bureau’s Public Relations Officer, Mr. J. Ichedi.

NBS said that it reported in the second quarter of 2017 that the country was out of recession as the country recorded the first positive growth in Gross Domestic Product (GDP) following five quarters of contradiction.

Ichedi said that NBS had continued to explain that there would be economic recovery after the recession.

The economic after recession moves gradually towards sustainable strong growth which “is the stage we are now’’.

This is the position which the CEO told Arise Television in an interview, he said.

The CEO, he said, told the television that the economy was in the second state of recovery and heading toward sustainable growth which is the last stage’’.

“This should not be wrongly interpreted as the economy is still in recession,’’ Ichedi said.

According to a report by a local newspaper on Monday, the Statistician-General was quoted to have lamented the performance of the nation’s economy in the second quarter of the year.