A widow of a member of the Cross River House of Assembly has taken over her husband’s seat, following her victory at the Obudu Constituency bye-election, held on Saturday. 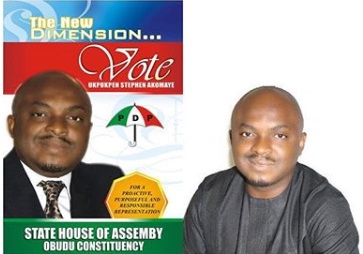 Mrs Abbey Ukpukpen, widow of a member of the Assembly, Stephen Ukpukpen, who died in May.

His seat was declared vacant following his death. 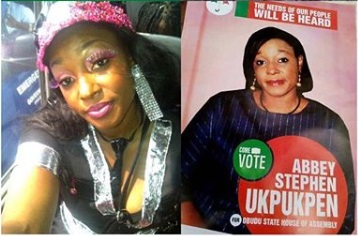 The widow who won her husband’s seat

According to Briyai, the PDP Candidate scored 12,712 votes to beat her closest rival, Mr Ishamali Bendel, of the All Progressives Congress (APC), who scored 4,345 votes.

Other results include: Awafang Angiating of Mega Party of Nigeria (MPN), who scored 132 votes and Agwupuye Umeka of African Democratic Party (ADP), who scored 114 votes to place third and fourth, respectively.

The REC commended the Electorate for the peaceful conduct of the exercise and urged them to replicate the same disposition in the 2019 year’s general elections.

Therefore, Mrs Abbey Ukpukpen, a staff of the University of Calabar, will now replace her late husband in the assembly.