Speaking at a solidarity rally for Governor, Udom Emmanuel in the state capital, Speaker of the State’s Assembly has made a huge allegation against the Presidency. 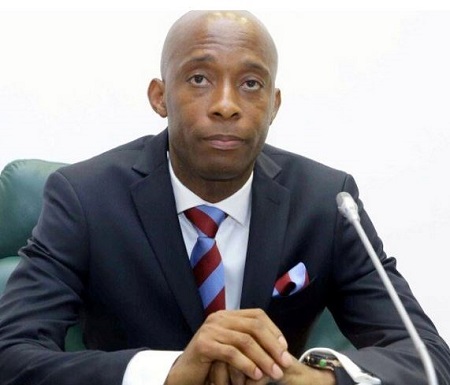 Onofiok Luke, the Speaker of the Akwa Ibom State House of Assembly, has alleged that the Presidency offered him N2 billion and the deputy governorship slot to dump the Peoples Democratic Party, PDP, for the All Progressives Congress, APC.

Luke spoke during a solidarity rally for the State Governor, Udom Emmanuel and Senator from the state, Bassey Albert in Uyo, the state capital.

The Speaker noted that he would rather quit politics than defect to the APC.

According to Luke, “They said the President had sent words for me to become the deputy governor. They offered me N2bn, but I said no. If you like, offer me N10bn, mine is no.”

Speaking on the defection of former Senate Minority Leader, Godswill Akpabio, Luke said the action was borne out of personal interest.

He insisted that the defection was aimed at grabbing and sharing power.

“They have no plan for us and no plans for the future of our state. It was all about them. It was only about power grabbing and power-sharing, but by God’s amazing grace, we will overcome them,” Luke said.