I did not fund Atiku's rally – APC Governor denies claims

by Maazi
in Local News
0 0
0
0
SHARES
2
VIEWS
Share on FacebookShare on Twitter
Governor Muhammadu Bindow of Adamawa State has described as “malicious and false” an online report alleging that he gave N70 million to organisers of Saturday’s rally in Yola by former Vice President Atiku Abubakar, a presidential aspirant of the Peoples Democratic Party.
Mr Bindow in a statement on Sunday by his Special Adviser Press and Media Affairs, Martins Dickson, said the report trying to portray him as engaging in anti-party activities was cheap blackmail by those worried over his rising profile and that of APC in the state.
“The publication is false, malicious, misleading and an attempt to mask the rising profile, good virtues and sacrifice of Senator Bindow in upholding and promoting APC as the most popular party in Adamawa.
“The authors of the fabricated lies have run out of substance with which to discredit him and have resorted to cheap blackmail and childish stories.”
The statement urged journalists and the media to always strive to verify their facts and be professional in their operation.
“The good work of APC under Bindow is spread glaringly across the 21 local government areas of the state for all to see and there’s no amount of falsehood that will make anyone believe that a governor and party that have done so well in the state will be involved in any form of clandestine anti-party activity”.
The statement reiterated the governor’s commitment to remain focused on fulfilling his campaign promises in line with his party’s manifesto.
Mr Bindow was an associate of Mr Abubakar until the latter left the APC for the Peoples Democratic Party where he hopes to achieve his presidential ambition.
Mr Abubakar formally declared his presidential ambition in his home state of Adamawa on Saturday. 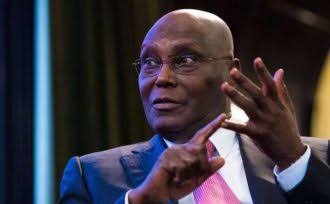