The leadership of the main opposition party in Nigeria, PDP will soon be heading to court over the outcome of the Ekiti gubernatorial election. 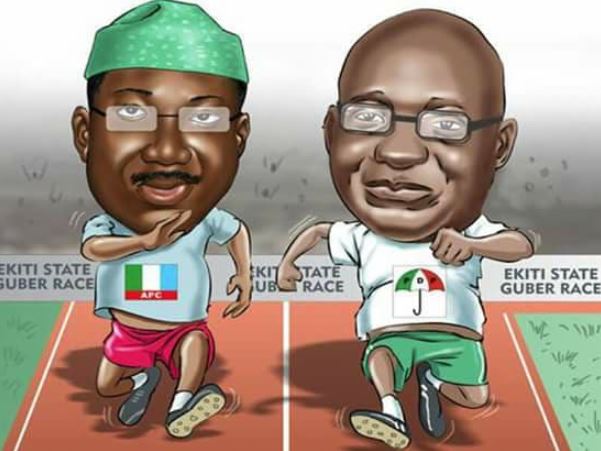 The Peoples Democratic Party, PDP, Monday constituted a legal committee to look into all the legal issues surrounding the conduct of the Ekiti governorship election.

This is part of its preparation to challenge the results declared by the Independent National Electoral Commission, INEC.

In his words, “PDP as a party has constituted a legal committee to look into all the legal angles to the issues surrounding the Ekiti governorship election with a view to institute appropriate legal actions.

“We want to assure our members that we have nothing to fear with the circumstances that happened in Ekiti state, and to let them know that the we have taken a decision to go the length of all judicial processes in the electoral situation in the state.

“Nigerians are also aware that this government led by the ruling APC, having failed woefully has no capacity to stand for a true election anywhere in this nation. And that is why they have colluded with security agencies and INEC and even within their party, APC, to make sure that they rig us out of Ekiti.

“But we have not seen the end of it. Like we said earlier on, this political banditry will not stand, at all.”

“We, therefore, ask our teeming members to remain resolute as there is nothing to panic about. It is just a temporary setback. But we assure our members that the political brigandage will never stand”.

"Okorocha was answering me 'Yes, sir' but turned tiger when he became governor, " Victor Umeh