Shehu Sani Debunks Reports That He Has Left APC

Following reports that Senator Shehu Sani has left the ruling All Progressives Congress, the lawmaker has come out to debunk the news. 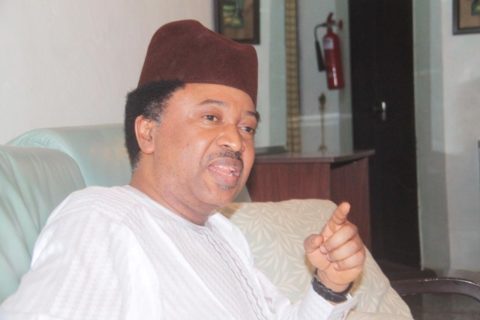 Sen. Shehu Sani (APC-Kaduna) said he has not defected from the All Progressives Congress (APC) to another party, according to a statement he made available to the News Agency of Nigeria (NAN) in Abuja on Friday.

He said that consultations were still ongoing with regard to his future in the party.

“I am yet to defect or decamp or migrate from the APC to any other party.

“However, discussions and consultations are ongoing as regard to our future in the Party.

“Decision will be taken in a matter of a week or two whether to remain in the party or migrate.

“When the time comes, I will make a formal announcement on the floor of the Senate, my Facebook and Twitter handle,” he said.

There were reports earlier on Friday, claiming that Sani and Sen. Suleiman Hunkuyi (APC-Kaduna) had left the APC.

The report was credited to the Hunkuyi-led faction of the APC.

The group, which is said to be known as APC Akida, purportedly made the statement in Kaduna.

Meanwhile, Sani had said via his Facebook handle that “We the persecuted are on Exodus, riding on horses, chariots and caravans, departing Pharaoh Thutmose’s Egypt.

“We are now at the coast of the Red Sea, about to leave the land of cruelty and injustice.”

The lawmaker has been having running battle with his state Governor, Nasir El-rufai, who also belongs to the APC.

There are indications that Sani is nursing the idea of picking a governorship ticket for the 2019 election, a decision which he claimed had pitched him against the governor among other things.