It is the end of the road for two suspected Boko Haram terrorists fuel suppliers after they were nabbed by soldiers. 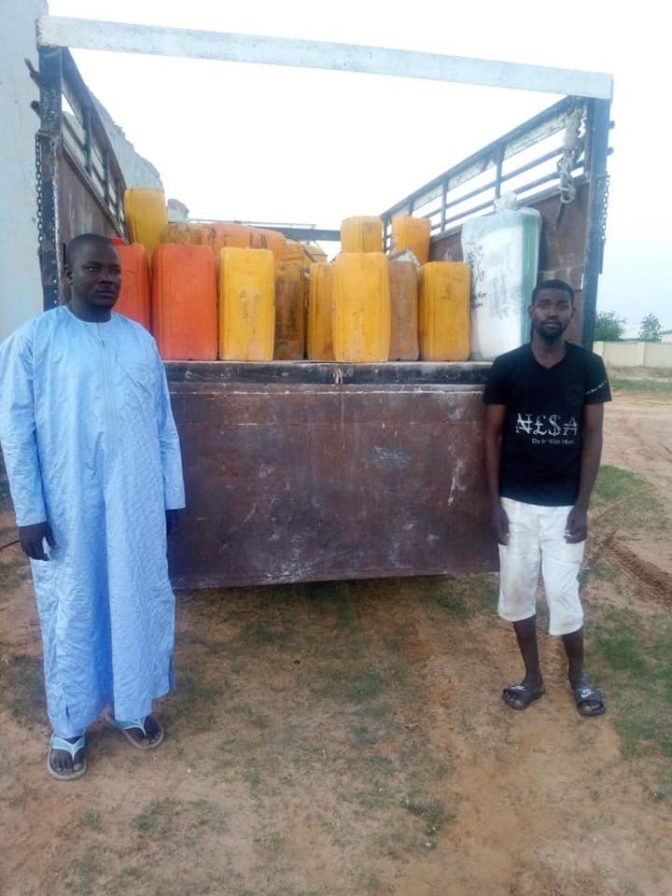 The two suspected fuel suppliers were arrested by troops while filling jerry cans at a gas station owned by a member of Yobe State House of Assembly.

Also, the station manager and attendants were arrested and are currently undergoing interrogation while the truck driver is still at large.

Efforts are being intensified by the troops to track down the truck driver.

Members of the public are reminded to report any suspicious movements or activities to the nearest security agency for prompt action.

2019: PDP Apologizes To Former President Olusegun Obasanjo For Maltreating Him