How I Was Arrested, Detained In Trying To Save Okorocha From… 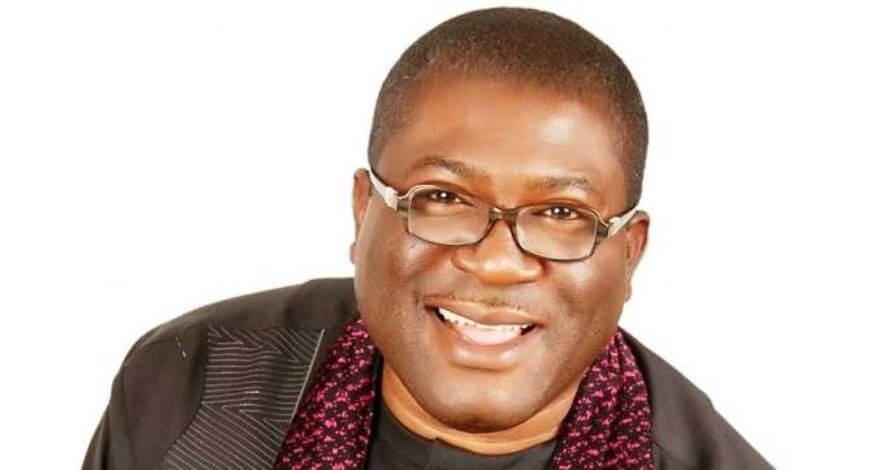 Deputy Governor of Imo State, Eze Madumere, has narrated how he gave himself up for arrest and detainment in the place of his principal, Governor Rochas Okorocha who committed a crime that would have left him disgraced and humiliated.

The deputy governor made the revelation while countering allegations leveled against him by the Imo State House of Assembly.

THE WHISTLER, yesterday, reported that the Assembly commenced impeachment processes against Madumere.

The 13 members of Imo State House of Assembly had accused the deputy governor of:

· Absence without official reason or permission duly obtained from office for a period of three (3) months.

· Failure to perform any of the constitutional function of Office of Deputy Governor of Imo State including but not limited to:

· Refusal to attend, and to hold meetings with the Governor and Commissioners of the Government of Imo State for the governance of Imo State made compulsory by and under S.193 (2) of the 1999 Constitution.

· Concealment of felonious conduct affecting the presentation of self as eligible candidate of Office of Deputy Governor, Imo State, having been convicted and imprisoned for theft in the United States of America.

But a terse response issued by the Deputy Governor’s Special Assistant, Uche Onwuchekw said Madumere is an administrator per excellence who doesn’t joke with his duties especially his constitutional responsibilities.

Describing all claims as untrue and false, Madumere said, “The first claim of absence is rather an old ploy of calling a dog a bad name to hang it. Fortunately, the Deputy Governor of Imo State, Prince Eze Madumere is an administrator per excellence who doesn’t joke with his duties especially his constitutional responsibilities. As such he has never absconded from office the period so claimed. He is constitutionally saddled with the responsibilities of superintending Boundary commission. By our records, the Deputy Governor of Imo State has never abdicated from such responsibility or any other. People of Umuoma of Ihitte-Uboma local government, Ihube of Okigwe local government among others can testify of the Deputy Governor’s sagacity in crises resolution with particular reference to April 11, April 16 2018.

“His Excellency also participated in one day retreat for Stakeholders in the management of Nigeria boundaries, which held at the Airforce Conference Center, Abuja in the company of the Surveyor General of the State and the Principal Secretary to the Deputy Governor on May 7, 2018.

“Refusal to attend Constitutional mandated proceedings of the State Executive Council is also one of the allegations that cannot stand any administrative procedure. There are laid down procedures through a Deputy Governor or any member of the executive Council can be invited for Executive council meeting. We hereby state that the Deputy Governor has never been invited for such meetings through either a memo or any official notices and thereby cannot stand against the deputy governor.

“As stated above, the Deputy Governor can only attend a meeting he is officially invited to and he is no spirit to know when meetings are slated except he is duly informed.

“The most embarrassing among the spurious allegations is the annoying allegation of concealment of felonious conduct affecting the presentation of self as eligible candidate of office of Deputy Governor of Imo State. This is not only astonishing but an extreme show of lack of due diligence. The Deputy Governor of Imo State, Prince Eze Madumere has never been convicted of any civil matter let alone a criminal matter.

“We are pained to state that two times the Deputy Governor had to go through the pains of losing his freedom in detention were all in the course of saving Owelle Rochas Okorocha from public disgrace. He rather had to carry Okorocha’s cross and bore his shame. It will be recalled that Prince Madumere shortly after Achike Udenwa’s victory at the polls in 1999 where he had to face contempt of Court for failure to make it to the court. He was in detention in the United States for about one month all because he was delayed by Governor Okorocha. To the glory of God, Prince Madumere was acquitted of all charges. We also challenge the members of the House of Assembly to produce the verdicts of the court that convicted Prince Madumere.

“The second time he had to stoop that Governor Okorocha may be spared of the humiliation of getting incarcerated, Prince Madumere again yielded and was detained for almost two months on phony charges, which he also been absolved of all charges.”