What Okorocha did to Buhari, Tinubu that caused Igbo trouble – DG of VON Osita Okechukwu reveals

The Governor of Imo State has been accused by the Director General of the Voice of Nigeria, Osita Okechukwu of de-marketing the party. 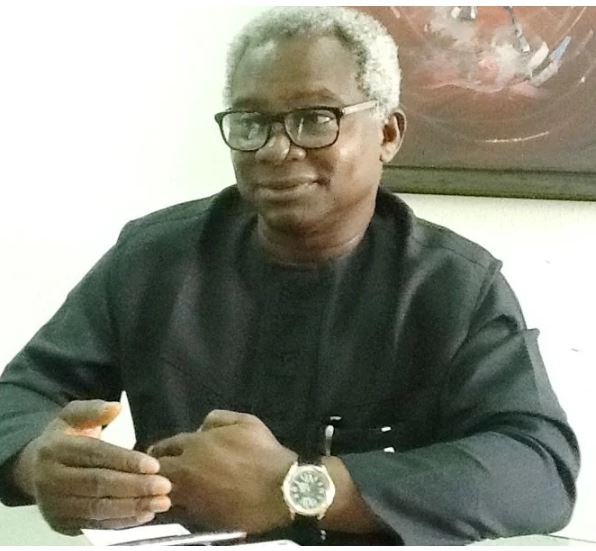 The Director General of the Voice of Nigeria, Osita Okechukwu, has accused Imo State Governor, Rochas Okorocha of scattering and de-marketing the All Progressives Congress, APC which has led to disunity within the party.

According to him, Okorocha was the reason Igbo have not benefitted much from the President Muhammadu Buhari-led government.

Okechukwu who spoke to Daily Sun further accused the Governor of leading the commotion that happened during the National Convention of the party between the two factions of the party in the state, saying he was not surprised.

He also said that in 2015, Okorocha disobeyed a national leader of the party, Bola Tinubu and went ahead to contest with Buhari in the presidential primaries.

“I was not shocked that Owelle Rochas Okorocha, led the commotion, for he has been de-marketing the All Progressives Congress (APC) from inception.

“His philosophy is if not for me, then scatter. That’s exactly what happened. He knew his candidate for National Organising Secretary would lose if he didn’t resort to brinksmanship and brigandage. That’s his trademark.

“If Okorocha had placed public interest above self interest, the South-East members of the APC and the region in general could have benefited immensely from this government both in appointments and projects, like our brothers and sisters from the South-West.

“Okorocha’s attitude denied us that. He is the only wise man; every other contrary advice or criticism is taken as an adversary talking.

“That’s why after presiding over a meeting of the then 12 governors of the APC in 2014, where the governors out of their consideration for equity and natural justice decided that the chairman of the party should come from either the South-East or South-South, he paradoxically jettisoned the wisdom of his colleagues.

“Instead of respecting the noble decision of his colleagues, Okorocha came to the South-East caucus to announce that he wanted to run for president. And when some of us reminded him that the president is zoned to the north and so why don’t we support our leader, Dr. Ogbonaya Onu for chairman, he dismissed it, claiming that zoning is not in APC’s constitution.

“When reminded about the decision of the governors at their meeting, which he presided over as the chairman of the Progressive Governors Forum, he dismissed the idea and went to Lagos to abuse Buhari at the presidential primary.

“Even when I told him that Tinubu had pledged all the delegates to Buhari, he turned deaf ears to the strategic plan of our competing region in the southern belt of Nigeria. Was it not the same thing he exhibited at the Eagle Square?”