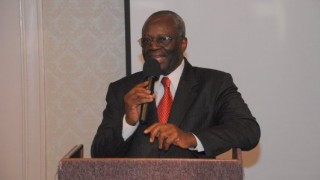 Igbo leaders under the aegis of Alaigbo Development Foundation (ADF) yesterday met with representatives of a Coalition of pro Biafran groups.Prof. Uzodinma Nwala led them at the closed-door consultative meeting at Owerri, the Imo State capital.

The Guardian learnt that the meeting was centered on the current political, religious, cultural and economical challenges in the southeast.Also said to be included were the agitations and clamour for Biafra Actualisation.

Details of the meeting, which lasted for about three hours, were not made known.A source narrated that it examined “current challenges of Ndigbo in Nigeria with the need to exploring and cementing the much-needed relationship with the leadership of the pro-Biafran groups and other Igbo leaders.”

“The meeting also flashed on the need to draw the attention and reassurance of other anti-self determination elements in the area, into driving their political ships towards the yearnings and desires of Ndigbo.

“It harped on the need for pro Biafran and heads of self-determination groups to establish a spirited and brotherly working relationships.”MASSOB leader, Uchenna Madu, who confirmed the meeting, said other issues discussed included security of Igbo land, 2019 general elections and other diplomatic contacts.