A young lady has God to thank for still being alive after she escaped being used for ritual in Benin, the Edo state capital. 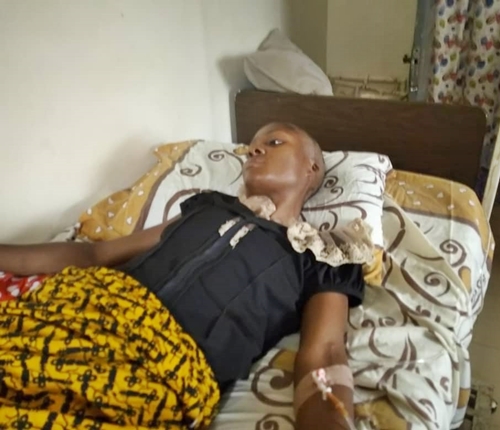 The woman who was saved from ritualist den

A Twitter user identified as Osagie James-Idemudia (@dave_xquisite), has taken to the social networking platform to share the shocking story of a lady who escaped being used for ritual in Benin, Edo state after the ‘Oga’ at the ritualist den rejected her.

According to Osagie who broke the news, the lady had boarded a bus with others in Benin, but the bus diverted and took them inside a bush to butcher them for ritual.

They tied them up one after the other, as she watched the others got slaughtered, but when it got to her turn the ‘Oga’ reportedly rejected her and they left her to die.

She was however rescued by an old woman who was on her way to farm, She’s currently admitted in a Hospital.

Below is how the story was narrated on social media; 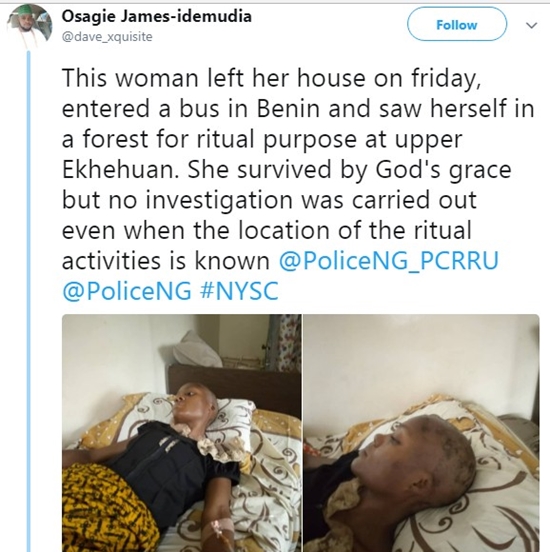 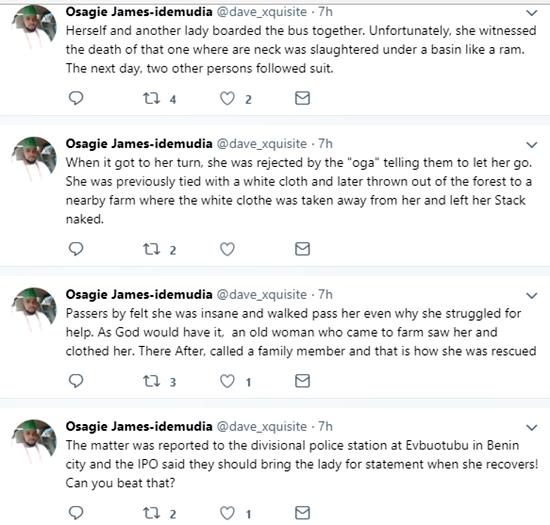 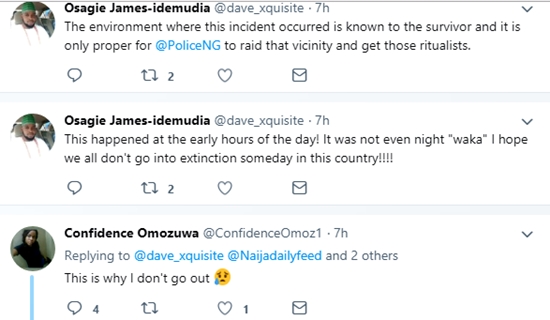 From Stage To Cell: Chris Brown Arrested Last Night After His Concert In Florida