From Stage To Cell: Chris Brown Arrested Last Night After His Concert In Florida

Controversial American singer, Chris Brown, was on Thursday night arrested after his West Palm Beach show at the Coral Sky Ampitheatre stemming from an outstanding warrant. 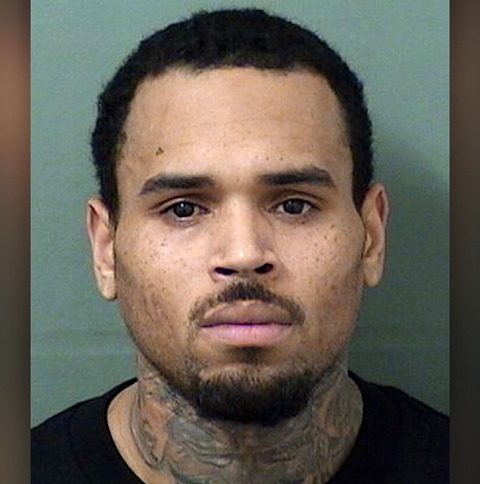 It was gathered that he controversial singer was taken into around custody by Palm Beach County Sheriff’s Office deputies for an outstanding warrant around 11 p.m., according to those records, just after his Coral Sky Amphitheatre show wrapped up.

He’s currently in the middle of his “Heartbreak On A Full Moon” tour, which is scheduled to continue through early August.

Here’s how TMZ broke the story:

“Chris Brown hopped off the stage and into a police cruiser after cops arrested him following a concert in Florida.

Brown had a show at the Coral Sky Ampitheatre in West Palm Beach Thursday where several officers were waiting in the wings — and when Chris wrapped — he was arrested.

Law enforcement sources tell us Brown was arrested for an outstanding warrant out of a nearby county. It’s currently unclear what the warrant was for.

Brown’s been on the road since early last month and was keeping a low profile. He recently celebrated his daughter Royalty’s 4th birthday with baby mama Nia Guzman.

Nnamdi Kanu's Co-defendants Are Out Of Kuje Prison (Photos)