A woman has died after being stabbed in the stomach and neck by her son during an argument in Lagos. 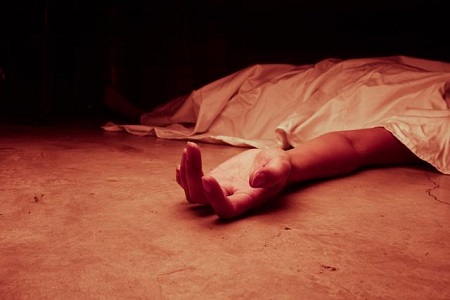 A Yaba Chief Magistrates’ Court in Lagos, on Wednesday, remanded a 37-year-old Nurudeen Bakare at Ikoyi prisons, for allegedly stabbing his mother to death.

Magistrate Oluwatoyin Oghere ordered the remand of the accused in prison being tried on a count-charge of alleged manslaughter.

Mr Oghere, who directed that the case file be sent to the Director of Public Prosecutions, DPP, for advice, adjourned the case until Aug.1.

Earlier, the Prosecutor, Sgt. Modupe Olaluwoye, had earlier told the court that the accused committed the offence on June 6, at Oremeji Str., in Ilasamaja, Mushin area of Lagos.

Mr Olaluwoye alleged that the accused had an argument with his 65-year-old mother, Bosede Bakare, over the accused inherited property.

“My Lord, during the argument, he grabbed a knife and stabbed her on her stomach and neck.

“The prosecution has the knife in custody as an exhibit plus witnesses that saw the whole event.

“During questioning, he admitted committing the offence and even signed a confessional statement,” Olaluwoye told the court.

He said the offences contravened Sections 222 and 223 of the Criminal Laws of Lagos State, 2015 (Revised).

The News Agency of Nigeria reports that the accused, who spoke in Yoruba language through an interpreter, pleaded not guilty to the one-count charge.