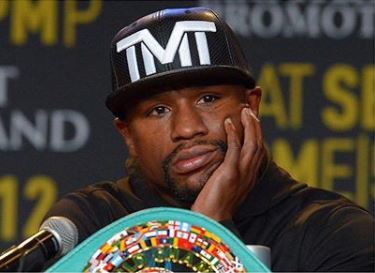 Floyd Mayweather is stepping into the ring for a new legal fight after being sued by a Nigerian company claiming he scammed them.

According to TMZ, Zinni Media is suing Mayweather for skipping out on five scheduled appearances. In June 2017, the suit alleges the company booked the famed boxer for appearances in Ghana and Nigeria to the tune of $375,000.

After the deal was made, Floyd provided the company with a video confirming the appearances. He was wired a $210,000 advance, but days before his first appearance, decided to bail.

Zinni claims there was an offer to reschedule for December 2017, with an increased price of $550,000.

The company accepted, but Mayweather once again bailed and allegedly hasn’t returned the $210K.

Zinni is now taking Mayweather to federal court in California, and asking for $2 million to set things straight.