by Maazi
in Local News
0 0
0
0
SHARES
3
VIEWS
Share on FacebookShare on Twitter
Armed men shot dead seven policemen in Abuja, the Federal Capital Territory (FCT). Security sources said the incident occurred on Monday night at a junction at Galadimawa, a suburb of Abuja, where the policemen were carrying out a stop-and-search operation. Many civilians were said to have sustained injuries from the attack, which a security operative described as “shocking”.
It was learnt that the policemen came under attack as they ordered the gunmen, who were in a car, to submit themselves for search. “Our men engaged them in a fierce gun battle, before their unfortunate death,” a source said.
The Force Public Relations Officer (FPRO), DCP Jimoh Moshood, said investigation into the incident had begun.
He said: “Investigation has commenced into the killing of the seven policemen by bandits.” Moshood, however, said the killing underscored the compelling need for the retention of Special Anti-Robbery Squad (SARS).
According to him, “The killing of the policemen goes a long way to prove that the call for the disbandment of the SARS is not justified.” Galadimawa, like many other locations within and around Abuja, have continued to witness violent attacks, many of which had led to deaths and loss of valuable items. Meanwhile, the FCT Police Command has assured residents of their security, in the face of the incident. The FCT police commissioner said this during an assessment visit to the Galadimawa junction, where the policemen were killed.
The command, in a statement, said: “The FCT Commissioner of Police has reassured members of the public that the command has deployed proactive security measures to protect lives and property in the Federal Capital Territory.
“While commiserating with families of the deceased policemen who paid the supreme price while serving their fatherland, the Commissioner of Police wishes to assure law-abiding FCT residents and the general public that the command has set machineries in motion to arrest the fleeing assailants and bring them to justice. “The Command Criminal Investigation and Intelligence Department has since commenced discreet investigation to unmask the identities of the criminal elements behind the dastardly act.” 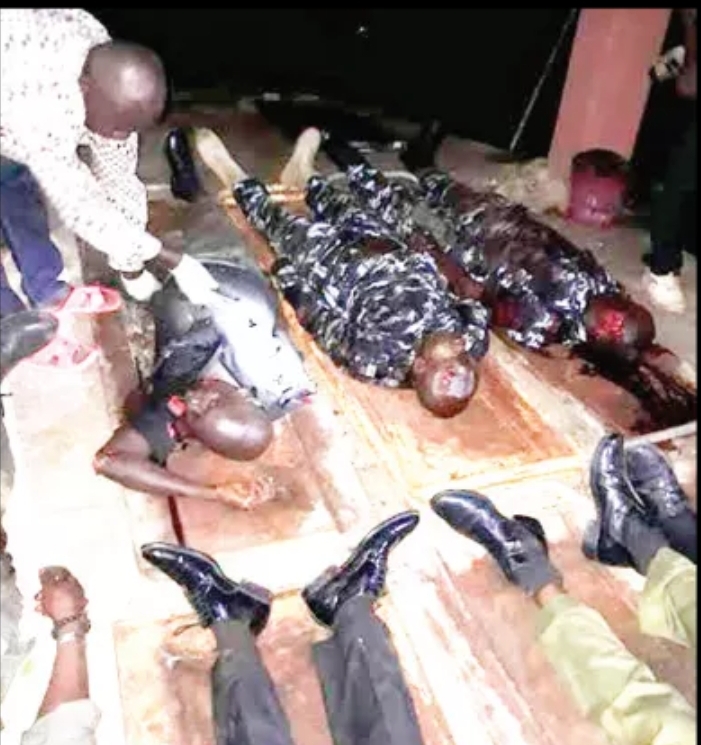